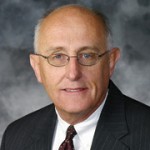 For victims of domestic abuse, the justice gap is the Grand Canyon. With their lives in many cases literally on the line, the great majority of victims face a judge or court commissioner without the benefit of a lawyer, with little or no knowledge of the evidence needed to satisfy the burden of proof and confronted by an abuser who will say anything to avoid an injunction.

This was the void that sparked a Milwaukee County partnership between Sojourner Family Peace Center, Quarles & Brady LLP and the Marquette University Law School. Quarles & Brady lawyers already offered representation to domestic abuse victims through the Volunteer Lawyers Project of Legal Action of Wisconsin, Inc. on a case-by-case basis, but this new project provides much broader representation.

In what is called the Lawyer for a Day Program, Sojourner staff members provide to Marquette the names of petitioners who receive restraining orders on a Tuesday and who would like legal representation when they return to court for an injunction hearing on a Tuesday afternoon two weeks later. After Marquette students have interviewed the petitioners and provided the Quarles lawyers with background, the lawyers meet the petitioners briefly at the courthouse on that Tuesday afternoon and then represent them in their attempt to turn the restraining order into an injunction.

Twelve Quarles & Brady lawyers volunteered for the project and they rotate from week to week, with one lawyer taking all the petitioners for that day who have signed up for a lawyer. (The number of petitioners on a given Tuesday has ranged from 2 to 11.) The involvement of the Marquette students frees the volunteer lawyer from interviewing the clients and gathering evidence, and allows him or her to take on those multiple representations. In the first 14 weeks of the program, 91 petitioners who otherwise would have been on their own received representation.

Domestic abuse injunction proceedings are heard by court commissioners in Milwaukee County five afternoons a week, 52 weeks a year. The partners in the Lawyer for a Day Program hope to be able to expand their Tuesday afternoon representation program to other afternoons, perhaps with the buy-in from other large Milwaukee firms.

Filed Under: Newsletter
← The return on investing in access to justice
Updating the Judicial Code for the Age of Self-Represented Litigants →

One Response to Milwaukee’s new lawyer for a day program