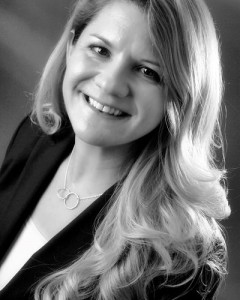 The Student Expulsion Prevention Project (StEPP) was started with a small grant from the State Bar of Wisconsin’s Pro Bono Initiative. The goal of the project is to keep more kids in school and reduce the minority achievement gap that results from the disproportionate number of minority students being expelled. StEPP coordinates trained volunteer lawyers who represent children who are facing expulsion or suspension from a school district. The program started with the Madison Metropolitan School District but recently expanded to the rest of Dane County.

Melinda (Mindi) Giftos, an attorney with the law firm of Whyte Hirschboeck Dudek, and Anthony Jurek, a solo practitioner, were among those who volunteered for the program. The State Public Defender’s office provides training and resources.

Their first StEPP client was a 15-year-old student at LaFollette High School who was expelled after he bought a joint from another student at school. At the time of the incident, Madison school district policy subjected both buyers and sellers of drugs on school property to expulsion. The boy’s grandmother, with whom he lives, contacted the school, district administrators, school board members and the StEPP program on her grandson’s behalf.

His grandmother described him as a good kid who really wants to be in school and hopes to attend college. His past behavior record consists of throwing a snowball in elementary school and talking too much in class in middle school. His grandmother called the incident at LaFollette an impulsive, stupid mistake. She agreed he should be suspended for his conduct, but she strongly disagreed with expulsion. 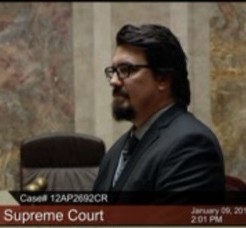 StEPP asked Giftos and Jurek to handle the case. Giftos works in the area of corporate law, and Jurek practices in the area of criminal defense. “Neither of us knew much about this subject,” Giftos said, “but together we were able to navigate it well.” Jurek added, “We brought entirely different skills sets, but our strengths and weaknesses complemented one another. It was awesome working with Mindi.”

“I was a kid who was suspended a quite few times in high school, although I was never expelled,” Jurek said. “I wanted to help a kid in a similar situation. This was a fairly minor offense but one that could affect his whole future.” “The school board’s policy demanded [our client’s] expulsion, but the punishment seemed very disproportionate to the crime,” Giftos said.

Giftos stated, “The school officials we approached told us there was nothing they could do; it was out of their hands, and we would just have to go through the process. We did that. We had two full hearings where we presented our arguments, but school officials said ‘Sorry, this is what the policy says.’ At that point, we decided to go to the school board to see if the policy could be changed. It was important for the school board to look at it a different way. It was also important to get the attention of the public.”

The Madison School Board changed their policy. “They recognized that zero tolerance does not work, disproportionately affects minorities, and often leads to a life of crime,” Giftos said. “The policy has changed so that someone in this situation is not automatically expelled. Now school officials will evaluate each situation on a case-by-case basis, examining the student’s history, desire to remain in school, etc. There is still zero tolerance for some things, however, such as bringing a weapon to school or selling drugs.”

While the 15-year-old was expelled for a time, he was eventually allowed back in school and is a junior this year. Jurek commented, “We accomplished a positive result for our client and the case had a positive impact on school board policy for students in the future. I’d call that a home run.”

“I do pro bono work because I have a personal conviction of the importance of giving back,” Giftos said. “I am committed to taking on pro bono projects, and this program interested me in particular because it advocates for youth in our community. The StEPP case was one of the most fulfilling cases in my career, and it was an honor to meet and work with him and his family. It is easy to get impassioned about a case involving a child’s education and potential repercussions that could affect his entire life, his entire future.”

“As a sole practitioner, I do pro bono work on a case-by-case basis,” Jurek said, “but this program drew my interest. There are so many worthy causes but I also need to pay the bills. It’s hard to work pro bono. I wish I had more time, but I have to pick and choose.”

Both attorneys have advice for others considering pro bono work.

“To steal a phrase from Nike, ‘just do it!’ Jurek said. “It will take time you don’t have. It will cost money you wish you had. But it’s worth it. You won’t know the full value until you’ve done it, so just do it. You will make a difference in someone’s life. It rocks.”

Giftos noted, “Those of us who are attorneys are very fortunate and have privileges and advantages that many don’t have. People struggle with life issues and don’t know where to turn. Giving them some of our time can mean the world to them.” She added, “Some attorneys are afraid to do pro bono work because it might not be their area of law, but training and resources are available. Pro bono work gives you experience you might not otherwise get and brings a sense of freshness as well. I learned a lot. It’s also fun!”