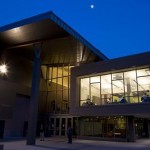 Yesterday, the Wisconsin Access to Justice Commission board held its quarterly meeting in beautiful Dreyfuss University Center on the campus of UW Stevens Point. The meeting had a full agenda of both substantive and administrative issues to address. What follows is a meeting summary prepared by Commission staff (draft minutes will be uploaded to the About page soon).

On the substantive front, there was wide-ranging discussion of the Commission’s purpose, the scope of its responsibilities and the Commission’s capacity to address the difficult issues raised by trying to expand access to justice in the civil legal system for low income Wisconsin residents. This is the beginning of what will undoubtedly be extensive and continuing discussion about the Commission’s role and priorities. It is an important discussion to have. Some encouraging themes emerged.

The other substantive development of the meeting was the adoption of a proposed Committee Structure. Much of the heavy lifting to accomplish the goals set by the board will be done initially in these committees. People who are not members of the Board will be encouraged to seek membership on committees where they can contribute their expertise to the Commission’s success (we’re working on the process for requesting committee appointments). These initial committees will be responsible for developing and implementing strategies in the areas of public education, the delivery of civil legal services to the poor, courts/tribunals as well as research and resource development. The choice of committees proposed to the board and their general responsibilities were drawn from similar access to justice entities in other states, including California, Minnesota, South Dakota and Washington. There will be some additional refinements to the committee responsibilities and each will be given certain priority areas for their work. It’s a small but very significant step forward for the Commission

Other actions at the board meeting included creating an Executive Committee and a Finance Committee as well as adopting Reimbursement Policy. All board members and staff were also reminded of the Commission’s previously approved Conflict of Interest Policy. The board also heard an overview of the Wisconsin Judicare program from retired Judge C.A. Richards and Executive Director Rosemary Elbert.

Draft minutes from the meeting will be posted soon.