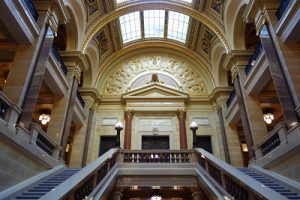 The Wisconsin Supreme Court issued its final order requiring that at least one-half of unclaimed funds in class action settlements and judgments be directed to the Wisconsin Trust Account Foundation to support civil legal services to the poor. The court’s unanimous order was issued in response to Petition 15-06 filed by the Access to Justice Commission. This class action rule change takes effect on January 1, 2017. It will apply to cases filed on and after the effective date as well as cases pending on that date if it would be “just and practicable.”

One of the Commission’s primary goals has been to help expand and diversify the funding base for civil legal services in Wisconsin. The Supreme Court’s latest action is a step in the right direction. Because more class action cases are filed in the federal court system, we hope that this new state rule will become a model for use by federal courts in Wisconsin. The Commission will be conducting outreach about this important opportunity with both judges and lawyers in the coming months.