On September 30, 2013, Daniel Idzikowski became the new executive director at Disability Rights Wisconsin (DRW). A graduate of Marquette Law School, he has spent his career working for social justice organizations, including the Appalachian Research and Defense Fund (APPALRED), Legal Services of Northeastern Wisconsin, the Legal Aid Society of Milwaukee, Legal Action of Wisconsin and Catholic Charities. He also served as Assistant Dean for Public Service at Marquette Law School, as vice-chair of the State Bar’s Legal Assistance Committee, and as a member of the Milwaukee County Community Justice Council along with the boards of several nonprofit organizations. 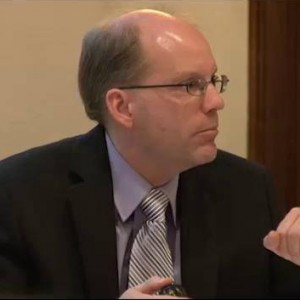 Dan attributes his dedication to social justice to his Jesuit education at Marquette High School, Georgetown University and Marquette Law School, where he learned to appreciate the need to help others. After law school, he joined the Jesuit Volunteer Corps and worked at APPALRED, an organization that provides free civil legal services to low-income people in east and south central Kentucky. “The founder and director of APPALRED, John Rosenberg, saw the law as a means to empower people, especially those who live in a culture of poverty. He made me want to continue that work,” Dan said.

He described his passion as twofold. The first is creating conditions that equalize opportunity and power, particularly for those who are disadvantaged. “DRW was very attractive to me because it is dedicated to just that,” he said. “I want to stand with and empower individuals to exercise their rights and be included in society. That’s what justice is — having an equal voice, even when society tells them they are not equal.” The second is promoting collaboration, bringing together different parties to effect change.

When asked to discuss the greatest needs of social justice organizations, Dan said that funding is always an issue because adequate resources are needed to maximize access to the court system, the legislature and government processes. “Funding allows us to give the fullest representation to those people who need it,” he said. He noted that changes in efficiencies in the court system itself would also be a move in the right direction.

He identified three goals that he has for the organzation. “One of DRW’s greatest strengths is our public policy advocacy. We are doing that very well, and we need to make sure we have adequate resources and funding to keep that part of our mission robust.” He also hopes to find the resources necessary to expand the number of DRW offices in order to more effectively serve the entire state. (Currently, DRW has offices in Madison, Milwaukee and Rice Lake.) In addition, he wants to continue to strengthen DRW’s education and training role to better empower persons with disabilities. “I want to make sure we use those roles to change the cultural stigmas that still exist toward those with disabilities and mental illness. I want adequate resources in place so that all people can thrive in the communities in which they live,” he said.

Dan concluded by stating, “I am so excited to be working here at DRW. This is a great staff. Lynn Breedloff, the former executive director, left a strong legacy. DRW is well respected in this state. I hope to build on that and steward the agency into the future.”

DRW is a private nonprofit organization founded in 1977 as part of the national system of disability protection and advocacy agencies. DRW advocates for individuals by protecting them from abuse, neglect and discrimination; provides training to help them gain access to services and opportunities; and promotes positive legislative policy and programs.

Rita Lord volunteers with the Wisconsin Access to Justice Commission and serves as the editor for the Just Wisconsin electronic newsletter.