WLAO is now recruiting volunteer attorneys to participate in this exciting and convenient way for lawyers to give back. Outreach to client communities will follow. Interested attorneys should visit the sign-up page to learn more about the program and to find answers to frequently asked questions. 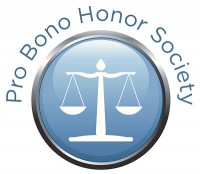 With the arrival of fall, it’s time again to look back and celebrate what has been accomplished in one of the Access to Justice Commission’s priority areas: expanding and recognizing pro bono service by Wisconsin lawyers. The Wisconsin Pro Bono Honor Society is the Commission’s way of honoring lawyers who have made an outstanding contribution of at least 50 hours of qualifying pro bono service in the past year to help meet the legal needs of the underserved. Certifications are now being accepted for 2015. Until the end of February 2016, attorneys may self-certify that they qualify for Pro Bono Honor Society membership based on their service in 2015. In addition, others who have knowledge of the attorney’s pro bono work – such law firms, pro bono programs, legal aid organizations and judges – may submit a certification for an attorney. Certifications should be submitted using the online form on the Commission’s website.

The second year of the Pro Bono Honor Society saw a big increase in the number of attorneys recognized for their pro bono work – 398 attorneys in 2014 compared to 121 for 2013. We hope to see another increase for 2015.

The search for new ways to address the chronic shortage of resources for civil legal aid in Wisconsin has taken on a MacGyveresque feel – sans the Swiss Army knife and duct tape. The Commission and others are always on the lookout for new ways to use old tools to come up with life-impacting solutions. Two of them arrived at the Wisconsin Supreme Court in the form of rule change petitions during the week of October 5th. First in …

The Legal Aid Society of Milwaukee (LAS) was founded in 1916 “to do all things necessary for the prevention of injustice.” It is one of the nation’s oldest, continuously operating, public interest law firms, and it provides free legal assistance to needy Milwaukee County residents with civil legal problems.

Karen Bauer, a staff attorney with LAS, handles foreclosure defense, consumer law and student loan law cases. “Student loan law is kind of unique,” Bauer said. “Most people think student loans are not dischargeable in bankruptcy and so don’t think there are any legal remedies available. That’s a misconception.” Bauer pointed out that many people also aren’t aware of the Public Service Loan Forgiveness Program signed into law by President George W. Bush in 2007.

“Consumer protection law was my interest in law school. I became interested in student loans due to my own large student loan debt. I worked hard to pay tuition in college and law school, but at some point I had to take out loans,” she said.

Bauer shares what she knows in training presentations about legal remedies in the area of student loans. “Many people don’t know there are legal remedies. I want lawyers to know about them so they can share that information with their clients,” she said.

The Student Expulsion Prevention Project (StEPP) was started with a small grant from the State Bar of Wisconsin’s Pro Bono Initiative. The goal of the project is to keep more kids in school and reduce the minority achievement gap that results from the disproportionate number of minority students being expelled. StEPP coordinates trained volunteer lawyers who represent children who are facing expulsion or suspension from a school district. The program started with the Madison Metropolitan School District but recently expanded to the rest of Dane County.

Melinda (Mindi) Giftos, an attorney with the law firm of Whyte Hirschboeck Dudek, and Anthony Jurek, a solo practitioner, were among those who volunteered for the program. The State Public Defender’s office provides training and resources.

Their first StEPP client was a 15-year-old student at LaFollette High School who was expelled after he bought a joint from another student at school. At the time of the incident, Madison school district policy subjected both buyers and sellers of drugs on school property to expulsion. The boy’s grandmother, with whom he lives, contacted the school, district administrators, school board members and the StEPP program on her grandson’s behalf.

His grandmother described him as a good kid who really wants to be in school and hopes to attend college. His past behavior record consists of throwing a snowball in elementary school and talking too much in class in middle school. His grandmother called the incident at LaFollette an impulsive, stupid mistake. She agreed he should be suspended for his conduct, but she strongly disagreed with expulsion.