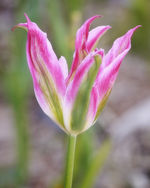 On Monday, March 12, the Access to Justice Commission had the pleasure of meeting with the justices of the Wisconsin Supreme Court. The Commission holds a joint meeting with the court each Spring in conjunction with the Commision’s annual meeting in Madison. The discussion covered a range of access to justice issues and projects in Wisconsin and nationally. The following Commission projects were covered and the Commission is grateful for all the helpful suggestions for additional resources and approaches that were provided:

Following the meeting with the justices, the Access to Justice Commission held also met and decided to move forward with hosting a series of regional hearings on the state of equal access to civil justice in Wisconsin. More information about the hearings will be provided as it becomes available.